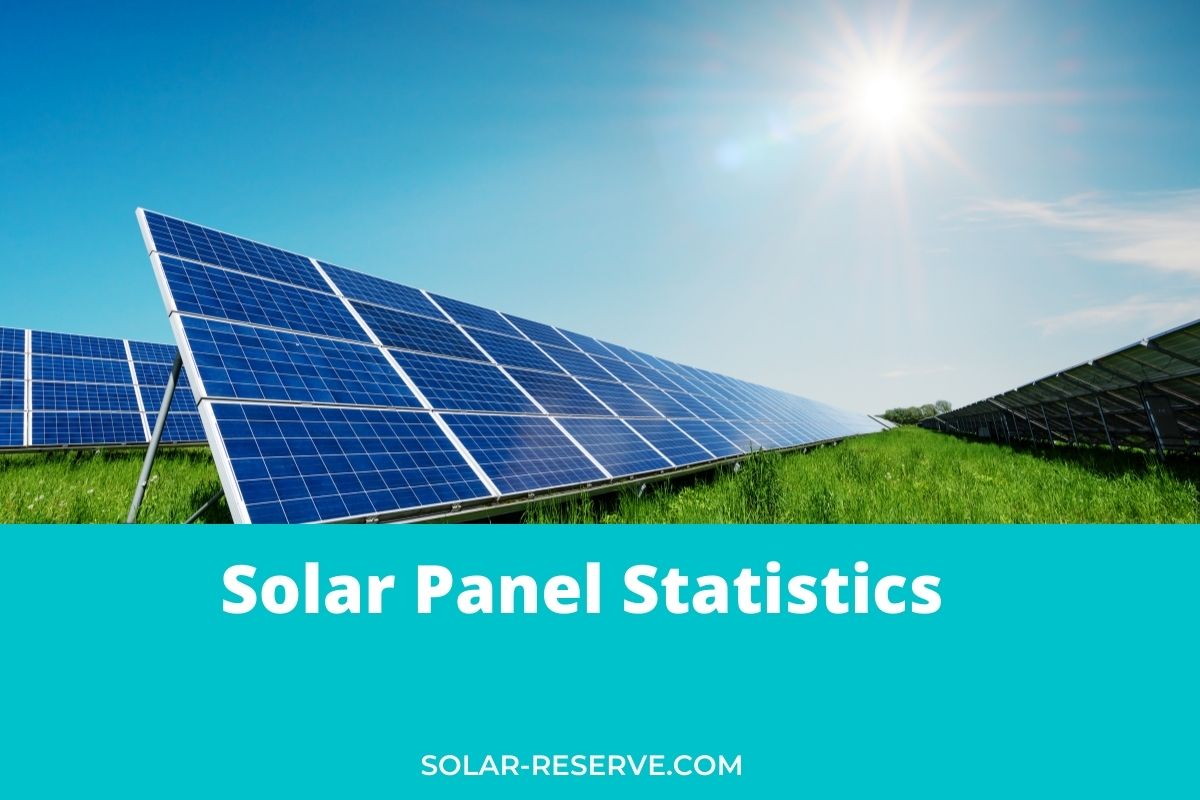 Solar panels have seen some of the finest scientific innovations in the past decade. Slowly but steadily, scientists and technicians have worked hard to create a reality where solar energy is a feasible source of electric power. Though there is still so much to be discovered, the solar panel statistics over the past decade show just how much technology has developed in the field of renewable solar energy.

The overall statistics of solar panel development over the past decade reflect the massive strides taken in the field of renewable energy. According to SEIA, since the 2000s, the annual solar power has witnessed a growth rate of approximately 42%. Though the growth isn’t unfathomable, it is enough to ensure that we have and may continue to make good progress.

As we enter the gulf of the next decade, it is wise to reflect upon all of the progress we have made in solar energy and solar panel development over the past couple of years. In this article, we’ve gathered some important facts and statistics on research, trends, and the future of solar power.

If you’d like to know more about solar panel statistics, the achievements made in the past decade, and predictions for future solar panel endeavors, then keep reading.

Solar panels aren’t by any means a new invention. Since its first creation in 1954, solar panel energy has been under constant revision and renovation. Here are some of the greatest solar panel discoveries made in 2021.

2021 saw the creation of ultra-thin solar sheets. Solar panels are known for being bulky and generally unpleasant to look at. Thin-film solar sheets offer a solution to this problem. Instead of putting up bulky solar panels, a homeowner can lay out solar sheets on their roofs instead. The ultrathin solar sheets lay flat against the roof and blend in with roof tiles for a pleasing aesthetic.

This new technology was invented by two MIT engineers and is also referred to as solar fabric. These thin solar sheets are more effective in low lights than high solar lights. However, they are just as efficient as regular solar panels in producing electric energy.

Another fascinating solar panel discovery in 2021 is the solar car. Over the past decade, with the rise of electric cars, many companies attempted to create cars that use solar power. There have been cars that use solar panels on their roof to power the battery through sunlight. However, it was only this year that solar cars were produced as the non-experimental vehicle.

In 2021 Aptera Motors announced that they were developing the first mass-produced solar car. Unlike other cars that only partially rely on solar energy, the Aperta solar car is to rely completely on solar energy. The company has stated that the car will require no additional energy and can recharge on solar power alone.

These floating solar farms can conserve a large amount of electric energy. Similar to fields of solar panels, floating solar panels also contribute to a large percentage of the globe’s renewable energy. The concept of ocean solar farms is still a work in progress. However, the scientists at SINTEF are hopeful to see 10 times more efficiency by 2030

4. Green Hydrogen Gas Can Be Produced With Solar Panels

Another great solar energy invention in 2021 was green hydrogen. Scientists discovered that with excess renewable energy from solar panels, they could create green hydrogen. Green hydrogen has shown promising results in powering cars, trucks, and other vehicles. The ability of green hydrogen is still in the experimental stage. However, scientists are hopeful to see positive results.

UK companies such as RES and Octopus Energy have hope that green hydrogen can be the solution to increase decarbonization in the industrial business. Furthermore, Switzerland and Canada have also shown interest in green hydrogen. Researchers believe green hydrogen with electrolysis can create green silicon materials.

To move forward, it is also important to look back. As you can tell by the innovations made in 2021, there is so much yet to be discovered in terms of solar energy. Before viewing what potential the coming years hold, let’s look at some solar panel statistics from the past few years.

5. Solar Panel Prices Have Decreased by 70%

6. The Annual Growth of Solar Panel Production in 42%

As indicated by the increase in supply and demand, the production of solar panels increased greatly over the past few years, about 42% annually in the past decade. SEIA states that there are over 10,000 solar panel companies currently operating in the United States with around 230, 000 workers.

The number of workers in the solar panel industry decreased by 6.7% during the pandemic. However, the number of solar panel workers is expected to rise again, to have 400,000 workers by 2030.

7. Solar Panel Research Funds Has Been Increasing As Well

This is a significant increase from 2016 and 2017, where funds ranged between $20 million to $60 million. Due to the rise of renewable energy, research funds for solar panel research will increase. Furthermore, solar energy research in Asia and Africa also increased, with India expecting to see four times more solar energy efficiency by 2030

Outside of the U.S. the globe has also been devoted to solar research. For instance, Chinese solar panel manufacturers have developed new crystalline silicon technology with a 25% solar conversion efficiency. Additionally, Australia has developed bifacial solar cells with a 96.3% bifacial factor. These solar cells can increase the output of traditional solar farms by 30%

African countries such as Senegal have made efforts to solar panel development in their countries. Furthermore, the Oxford PV in the United Kingdom is working on perovskite solar cells with a 29.52% efficiency. This solar cell project took off in 2020 with hopes of seeing tangible results in 2022.

Most solar panel research in 2021 was about increasing efficiency and finding silicon substitutes. There have also been many new inventions relating to solar panels and solar energy, bringing them even closer to general affordability and efficiency. This trend is to continue into 2022.

The solar panel industry took a hit in 2020 due to the global pandemic. As things return to normal, 2022 hopes to see the solar panel recover from the economic effects of the pandemic and flourish further.

Globally, countries are making staggering efforts to improve solar energy efficiency and output. With the collaborative efforts of the government and scientists everywhere, 2022 looks to be a good year for the solar panel industry.

Now that you know the achievements from the last ten years. Let us hope for a brighter future for solar panels and all types of renewable energy.

Thanks for visiting, and have a nice day!

Can Solar Panels Be Recycled?