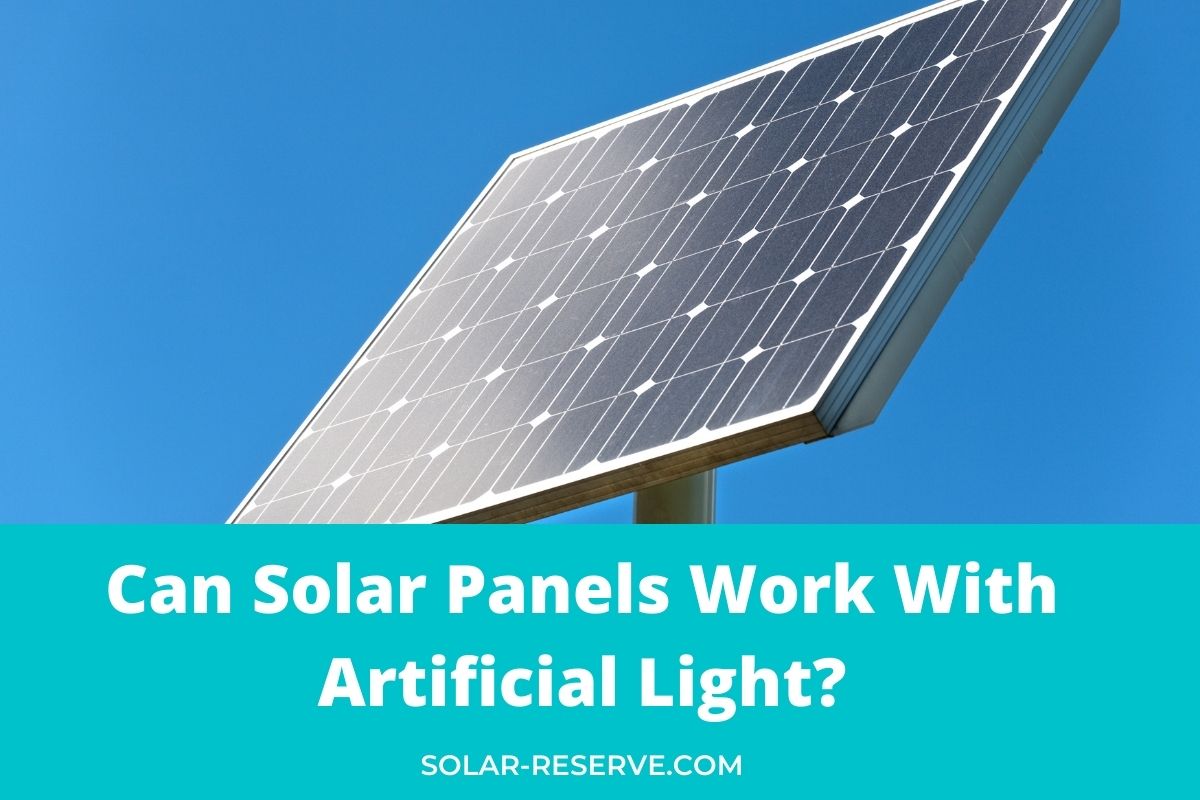 Solar energy is one of the most renewable, clean, and cheap sources of power that is ever seen. Going by the current scenario, it’s not surprising if, in the very near future, practically the entire world would be running on solar energy mainly because of how much we love natural and renewable sources compared to nuclear or coal. But since they need sunlight to produce electricity, they cannot function on a cloudy day or at night. What if solar panels could generate energy from other sources of light?

How Do Solar Panels Work with Sunlight?

Solar panels convert sunlight into electricity. When a solar cell receives light, they generate a wave of electrons. Two factors play a crucial role in the process. One is the amount of light, and the other is the materials used to make the panel.

The amount of electricity a solar panel can generate from a certain amount of light depends on the type of materials of the solar panel.

The process of converting light into power by a solar panel is called the photoelectric effect. It is opposite to the process which generates light from electricity in a bulb.

The Photons of Light

The main component of a solar power system is silicon. Silicon has a diversified application. To make the silicons produce electricity from light, you have to make it go through a chemical process.

Photon is an elementary particle of light. When photons from the light reach the silicon of the solar panel, the silicons start to convert into energy. What happens is, the photons separate electrons from the atoms of the silicon.

And the chemical movement caused by this process generates electricity. The volume of silicons of the panel determines the final output of electricity.

The reason why solar panels are so appreciated is their renewable nature. Any coal-based or diesel-based power generation technique requires a continuous supply of primary energy to produce electricity.

However, in a solar panel, the same silicons continue to generate electricity day after day without a need for reinforcement.

However, to make the electricity usable, they need to be converted from DC (Direct Current) into AC (Alternating Current). You cannot use direct current in your appliances because they have a constant voltage. And electric devices need a current which can oscillate between positive and negative.

To convert direct current in alternating current, you need a separate inverter. That is why you always find a solar panel connected with an inverter.

Solar panels do not use any primary fuel to produce electricity. That is why they are Clean Energy. Though the initial cost of setting a solar panel is high, it gets less with each year passed.

Still, you cannot rely on solar panels completely, since they depend on a variable energy input- the sun. On cloudy days or at night, solar panel users need to use batteries or electricity from the grid.

How Do Solar Panels Work with Artificial Light?

Technically, a solar panel can produce power with its silicons by using photons of light, which have wavelengths ranging from 300 nm to 1,200 nm.

If you take a source of artificial light as an incandescent lamp, you will find 300 nm to 380 nm of wavelength in it. So, logically there is no obstacle for a solar panel to generate electricity from artificial light.

Type of the Solar Panel

Depending on the technology of the solar panel, they produce different amounts of current. Monocrystalline, polycrystalline. Cadmium Tellurium, CiGS- are some of the technologies that solar panels use to produce electricity.

Which Artificial Lights are Good for Solar Panels to Produce Electricity?

Among all the artificial lights, lab research has identified incandescent lamps to be the most efficient to produce electricity with a solar panel.

However, some other artificial lights were also productive input for a solar panel. But the amount of electricity produced by them was insignificant.

LED bulbs use light-emitting diodes (LEDs) to produce light. Compared to incandescent and fluorescent lights, LED bulbs are much more energy-efficient. However, so far producing electricity with a solar panel is concerned, LED lights are not as efficient as incandescent lights.

It is a high-pressure discharge lamp that uses mercury and metal halide to produce light. Metal Halide Lamps can also produce electricity from a solar panel.

But the amount of electricity a solar panel can make with metal halide lamps is very insignificant. Research shows they can only produce a bit more than 1 W/m2 electricity in a solar panel.

The capacity of generating electricity for a solar panel also depends on the type of technology it uses. Here I have discussed different solar panels and their ability to produce electricity with artificial lights.

Monocrystalline silicon panels can produce the highest amount of electricity from an artificial light if they get incandescent Lights to work on.

Polycrystalline silicon panels are the most popular solar panels. They have multiple silicon crystals to produce electricity. The color of the surface of this solar panel is blue.

Thin-film solar panels are created by depositing one or more thin films of photovoltaic material on glass, plastic, or metal.

However, this type of solar panel has little capability to generate power from artificial light. They also lag behind in generating electricity from sunlight.

Do Solar Panels Work At Night?